Boy Smells are the creations of David Kien and Matthew Herman. Started as a scent experiment, and later developed as a product, both pooled their experiences in design and production worlds of fashion and applied them to a home fragrance collection. Established in 2014.

Hand poured in our Los Angeles Pico–Union studio, Boy Smells candles are a proprietary blend of beeswax and coconut oil; beautiful and rich–burning. Each scent has been developed to have its own unique expression; notes plucked from a personal catalog of olfactory memories, then evolved and re–expressed in a modern context. Both familiar and unexpected. 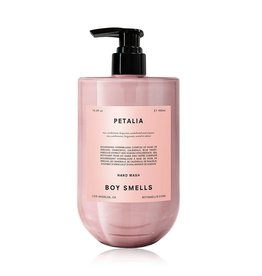 Nourishing cleanser with rose of jericho, calendula, chamomile + sodium hyaluronate.
Product Description
A thirst-quenching cordial for your skin, brimming with the hyper floral notes of our PETALIA scent. This nourishing cleanser is formulated with our
Add to cart
Boy Smells Petalia Wash
$39.00 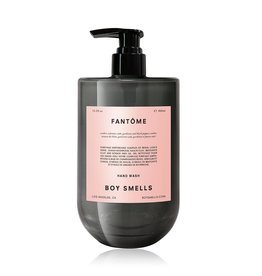 Purifying cleanser with borage seed oil, kaolin clay + reishi.
Product Description
A purifying reset for clarity of skin and soul, warmed by the resinous glow of our FANTÔME scent. This sensuous cleanser is formulated with our Earthbound Complex of brig
Add to cart
Boy Smells Fantome Wash
$39.00 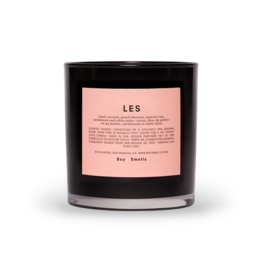 In the French language, LES is the plural article used for both masculine and feminine nouns.

It is also the acronym for one of New York City’s most vibrant neighborhoods—picking u
Add to cart
Boy Smells Candle LES
$39.00 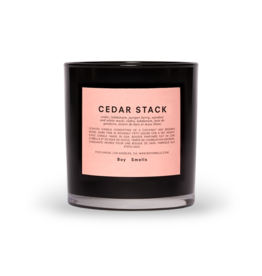 A prettier take on the classic wood scent—cedar chips and dried tobacco are led into deeper spiced floral notes of labdanum, while notes of peppercorn add a light bite to this smell, both modern an
Add to cart
Boy Smells Candle Cedar Stack
$39.00 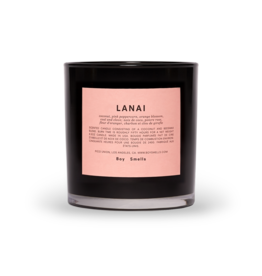 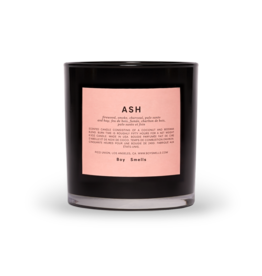